Favorite Bumper Sticker:
If God wasn't a Miamisburg Viking fan, why is the sky blue and white?

Miamisburg Businesses and Organizations on the Internet

The Art of History

A Taste Of Wine

myCafeteriaPlan.com - Cafeteria Plans Designed With Your Company In Mind

Spring Fest in the Burg

The Baum Opera House was built in 1884 by Charles Baum, who immigrated from Germany. It played a significant role in the social and cultural life of the community until the mid-seventies after the Towpath Dinner Theater went bankrupt. A series of bars occupied the Baum, the last, a teenage bar, ( supposedly no alcohol), until 1992 when the building closed. In 1994, it was sold at sheriff's sale. If there had been no takers, the building would have been demolished. A group of community residents purchased the building and began the restoration. They joined to form The Baum Opera House Association. Playhouse South presents about five plays a year here and dances, parties, school musicals and dramas, are held here. Many wedding receptions are also held and the building is available for rental. For further information please call Mady Ransdell at 866-6368.
A series of events are held each year: A spaghetti supper in April, a Victorian style show in September, a Harvest dance in October, The Turkey Trot, an 8 K. Road race each Thanksgiving morning; and a Victorian Community Holiday in December.


Ohio State Board of Education

About the Train Derailment in Miamisburg:
CSX Transportation train derailed
on Tuesday, July 8, 1986 at 4:30 p.m.
16,000 people were evacuated

A little bit more about the history of the name "Hole Station":
About 1797, Zachariah Hole came with his family from Virginia and fearing
fighting the local Indians, he built a stockade on the West bank of the
Miami River opposite the mouth of Bear Creek. He found the Indians
friendly. To the stockade came squatters, surveying parties, and settlers
who had taken out grants and lived there until their own cabins were
completed; hence the small community came to be known as "Hole Station."

Thanks to Johanna C. Upton of the Miamisburg Public Library for much of the
above information!

Other sites of interest in the area

It's Great in Dayton

If you have something to add to this page, please contact
Gary Weik at garyweik1@yahoo.com 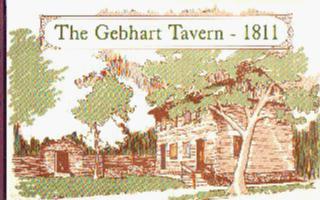